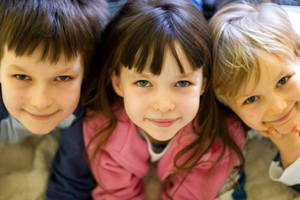 In the mid-1970s the incidence of autism in the United States was 1:10,000. Today the Center for Disease Control puts that number at 1:150 eight year olds with autism. Internal Balance, Inc. evaluates the life environment in which every client lives, goes to school and works . Working with hundreds of these cases have convinced the Internal Balance, Inc. team that our environment is being polluted by something we don’t hear much about yet in this country, electromagnetic radiation – or more simply the radiation energy coming out of cell towers, cell phones, Wi-Fi equipment and many other electronic devices. Mariea and the families she works with are convinced there is a correlation between this type of assault on the children’s bodies and the autistic children she sees in her studio. The data she is compiling in her clinic echoes the clinical studies regarding electromagnetic radiation at Washington University and throughout Europe that Mariea tracks.

In working backward through the autistic child’s life, making changes to their environment, diet and implementing state-of-the-art detoxification strategies, the Internal Balance team has witnessed numerous changes and improvements in the lives and families of these children. In a few cases, they have witnessed miracles that have changed lives forever, including Mariea’s team. Parents consistently report back that during and after the detoxification process (which varies for each individual) and most importantly making modifications to their home that Mariea recommends, they see huge changes in their children’s developmental progress and a decrease in the children’s general sensory discomfort.

Although Mariea believes that autism is a complicated condition that must have several factors at play for a child to fall to this diagnosis, she does believe that the three largest factors at play are:

These are the key areas for research regarding the cause and etiology of autism spectrum disorders. Perhaps the genetic mutations that are being discovered in autism research are created through the DNA damage from radiation emitting devices used by families and in the households of every member of our global society.

Several years ago Mariea absorbed poisonous chemicals from lawn treatment into her body. The neurotoxic affects for nearly two years were similar to the symptoms of some autistic people. Although, recovered, it gives Mariea a special empathy for the challenges these children and their families face every day. View Autism Testimonials.