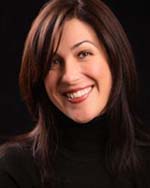 Tamara Mariea, Founder and Director of Internal Balance, Inc., is a biochemist with a PhD in Environmental Toxicology and is a Certified Clinical Nutritionist who has worked with clients from all over the world for years, helping them improve their health, performance and quality of life through the principals of detoxification, bioenergetics and human clinical nutrition. 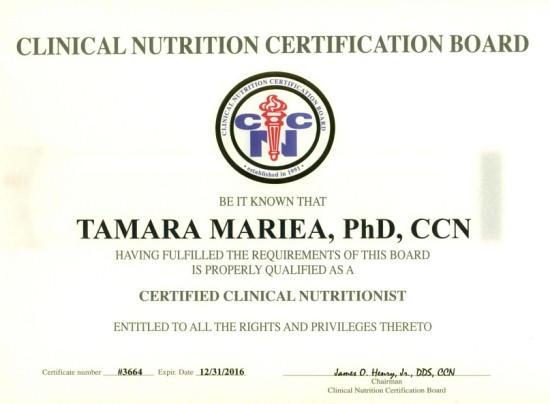 Recognizing that there may be a significant connection between the increases in incidence of many diseases today and the exponential increase in wireless radiation (cell phone) use over the past three decades, Mariea has implemented Bioenergetic Medicine into her detoxification process. She and her clients are realizing truly remarkable results. Mariea’s education and research is expansive in the area of personalized wellness care for the individual and, as such, she has published her research in the Australasian College of Nutrition and Environmental Medicine, 2007.

Personal challenges several years ago moved Mariea’s career in a specific direction that has proven important to her clients: In 2002, Mariea, who had always prided herself on taking care of her health through nutrition and exercise, found herself in a debilitating situation. Mariea suffered from confusion, dizziness, difficulty breathing, increased sensitivity, irritability, nose bleeds and debilitating headaches after a lawn care company treated her property with a type of pesticide that is known as a nerve gas, organophosphates. It became apparent that the residue entered her neurological system with severe damaging effects. [Read Tamara’s Story]

Dr. William Rea, a well-known environmental medical doctor, began treating Mariea and introduced her to the physiological process of detoxification. Because of the excellent results she achieved personally, she began to incorporate detoxification into her own existing clinical nutrition practice with tremendous success and has since developed a unique program second to none in the world.

A decade before her own health crisis, the death of her closest friend from Leukemia in 1992, prompted Mariea to dedicate her professional career to improving the health of others. Her study and commitment to nutrition as an avenue to better health, was an important step in her ever evolving career path and development of her company. Early in her career, Mariea became a Sanitarian and a Certified Hazardous Materials Specialist and built a reputation as an expert in industrial and commercial toxicology, consulting with industry management on proper environmental health & safety procedures, hazardous waste management, air emission control standards and water quality. She also participated in large scale Superfund Site Clean-Ups, underground storage tank removals and many other waste site remedial projects. She was often the liaison between regulatory entities such as the EPA, OSHA and industry polluters.

Tamara BirthdayTamara’s program has ironically evolved from experiential data collected while in the environmental field, clinical nutrition and nutritional supplement industries, and then the devastating poisoning with a neurological toxin that required neurological detoxification of a fat soluble pesticide. This unique walk through the last 20 years has appropriately prepared her for the toxic world we live in and the understanding of mystery conditions that have left the traditional medical communities puzzled. Her services are usually sought out after multiple attempts have failed to put an answer to chronic syndromes of fatigue and malaise. Her strategies are unique and out-of-the box, incorporating a scientific detective approach likening to the sitcom “House”. She credits GOD for all of her insights and wisdom and believes that her faith has given her favor in the areas of knowledge of the human body as it exists in this generation at this time in history. Tamara is considered the “Diva of Detox” and has an internet radio show on LA talk Radio, www.latalkradio.com. She has lectured to large groups of people regarding subjects as controversial as Lyme’s Disease, Cell Phone Dangers and Autism.